Welcome to the Studio B Smiles press room, a resource for members of the media. If you require additional information other than what is provided on this site, or would like to speak with a member of our public relations team directly, please contact us at info@studiobsmiles.com

Dr. John Badolato, owner of Studio B Smiles, counts an array of the Valley's professional athletes among his clientele.

He’s had his own dental practice for 15 years, and profes-sional athletes, the state’s major sports organizations and celebrities are among his patients.

But that doesn’t mean John Badolato is content to keep operating business as usual.

The cosmetic dentist and Studio B Smiles founder’s new Virtual Smile Consultations platform — which offers com-plimentary professional dental consultations for patients from the comfort of their homes — is the latest demonstra-tion of his willingness to embrace something new.

When Badolato opened his practice in 2004, an eye-catching ad in the Yellow Pages was the big get in the indus-try. Around the same time, websites were coming on to the scene. Badolato decided to focus on his new practice’s website and with a friend built one that didn’t look like others and chose to in-vest his marketing dollars there.

Fast-forward to the present day, and Badolato again finds himself ahead of the curve with Virtual Smiles. He gives the same services as he would an in-person consultation, including a video slideshow of before and after photos of other patients who have undergone the procedure requested, an outline of what’s involved and cost. Patients push a button to set an appointment.

“Now, fewer people are using web-sites. The younger generation looks at someone’s Instagram page. We’re con-necting now with patients in a different way,” Badolato said. “The next genera-tion is on this path.”

Since launching the platform seven months ago, Studio B does an average of 10-15 virtual consultations a month with about a 40 percent conversion rate, Ba-dolato said. He’s always had patients who live out of town and come in for procedures, and this has increased that demographic. Some patients walk into his office for the first time and head straight to the procedure.

This is the latest amenity in the line-up of the practice that Badolato launched in Scottsdale in 2004. In 2017, he opened a Phoenix office.

Studio B is part of a booming cosmetic dentistry industry with a global market that’s projected to reach $17.6 billion by 2023, according to a Global Info Re-search study. 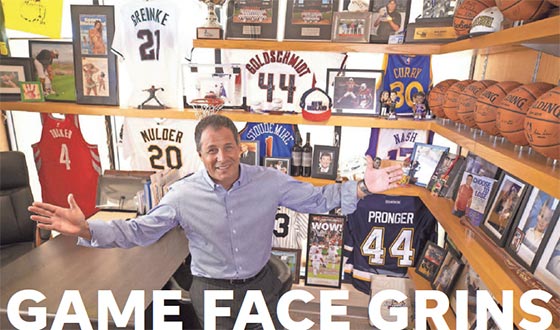 Badolato’s high-profile status as the team dentist for the Phoenix Suns, Ari-zona Diamondbacks, Phoenix Mercury, Phoenix Suns Dancers and the Arizona Hotshots of the new Alliance of Amer-ican Football league was sparked by old-fashioned word-of-mouth by two satis-fied patients.

Former Phoenix Sun Raja Bell and his wife, Cindy, were patients of Badolato before he was affiliated with any profes-sional team. Their glowing reviews brought in Bell’s then-teammates Steve Nash and Amar’e Stoudemire. Word spread throughout the organization, and in 2008, Badolato became the offi-cial team dentist. He is still in the locker room for every home game.

From there, the other teams followed, as did Major League Baseball players and PGA athletes and their families who call the Valley home.

“It’s pretty awesome to be part of these organizations, and we’re proud and privileged to take care of them as our own family,” he said. 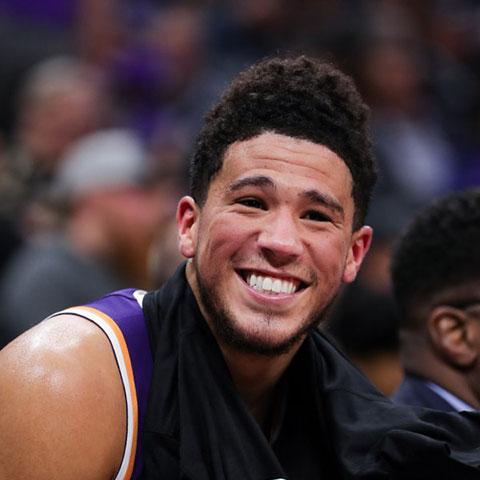 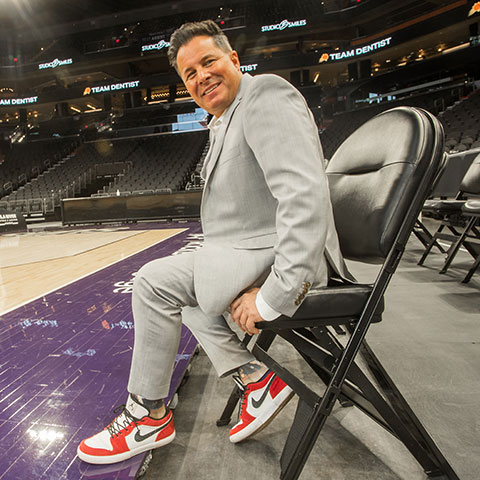 Executive Inc: How a Scottsdale dentist created an A-list roster of patients 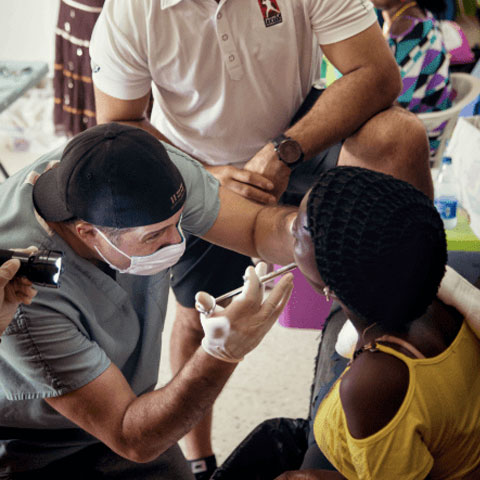 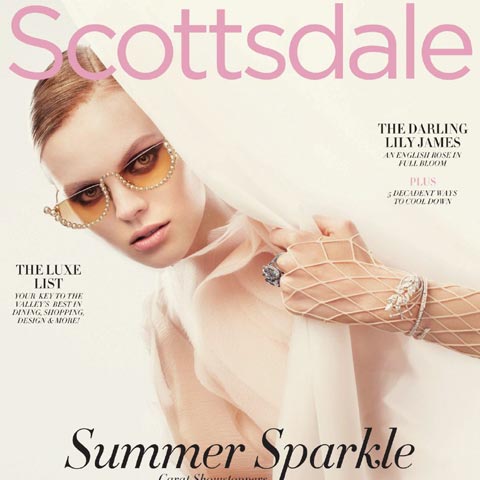 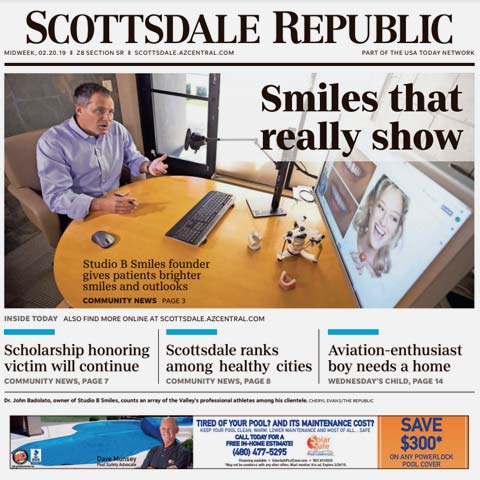 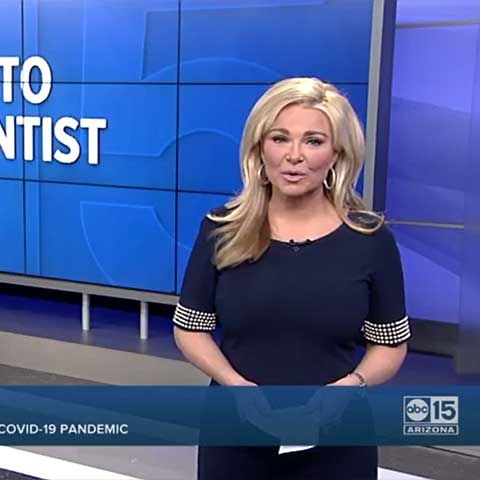 ABC 15: Dentist offices going above and beyond public safety guidelines amid pandemic 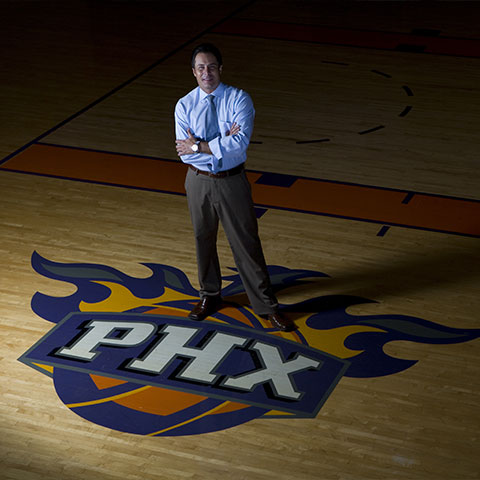 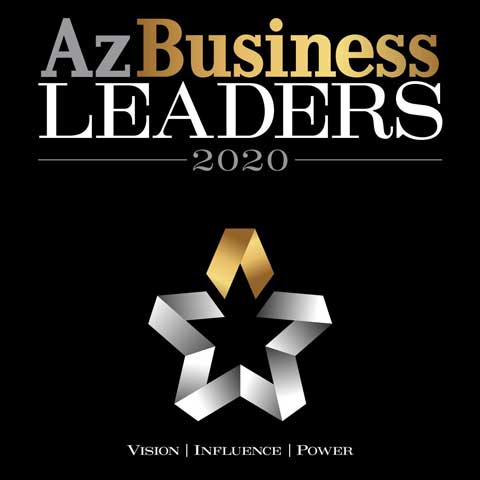 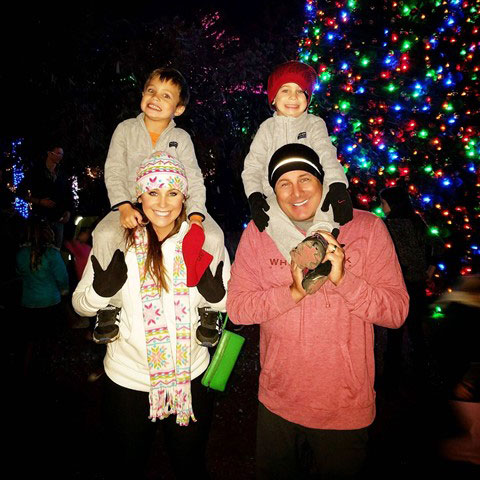 Dads We Adore: John Badolato a k a Dr. B 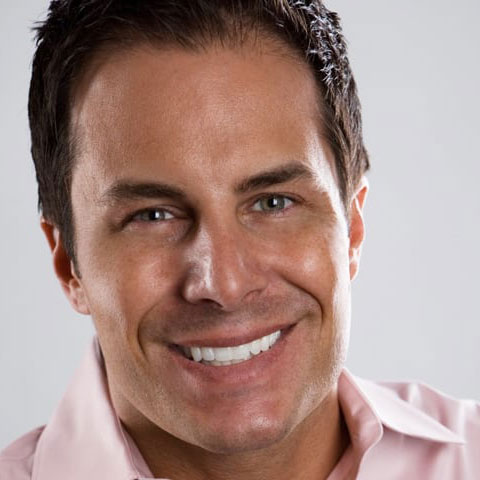 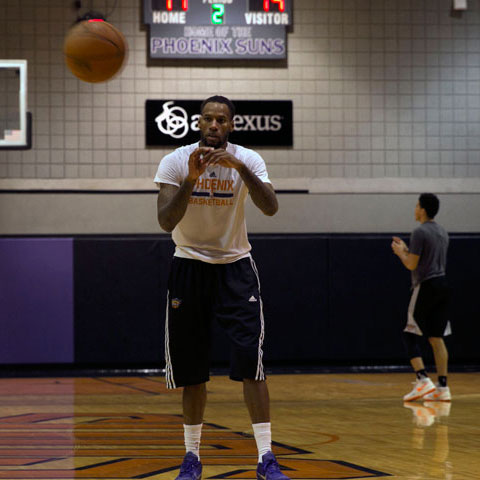 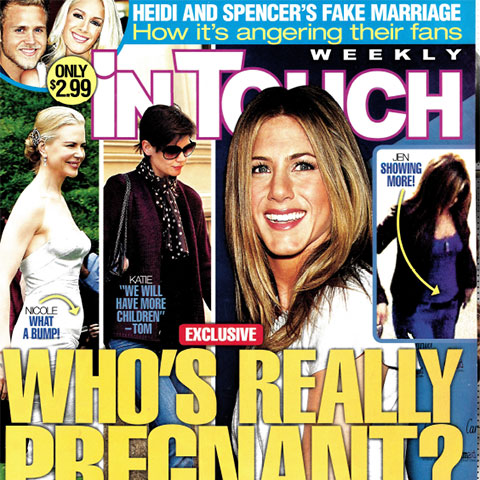 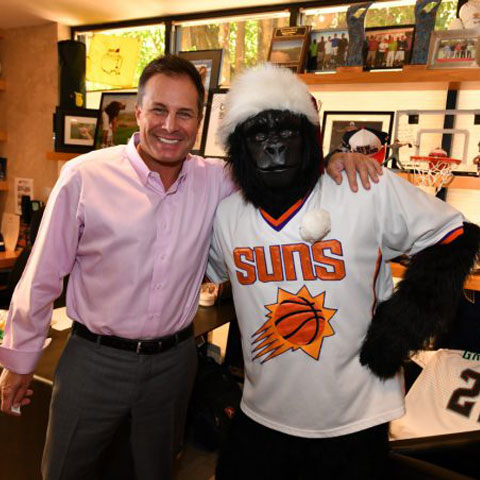 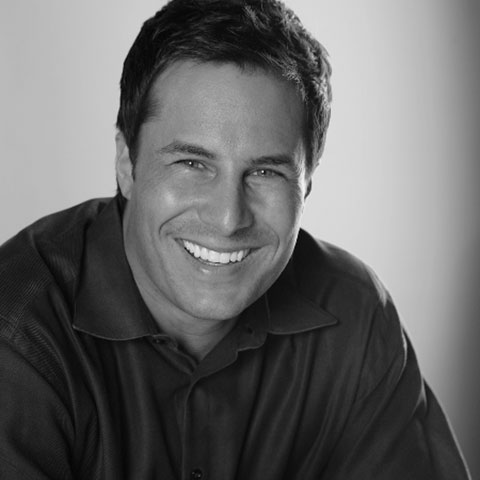 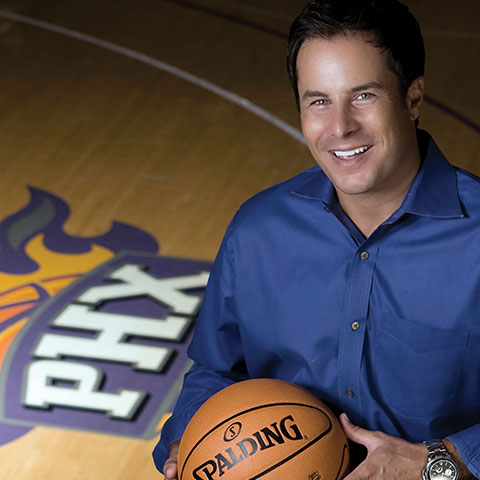 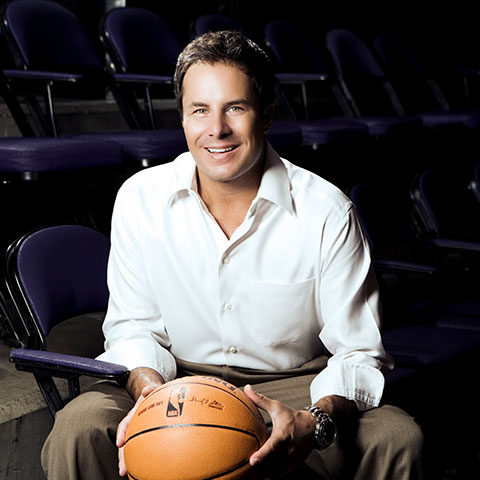 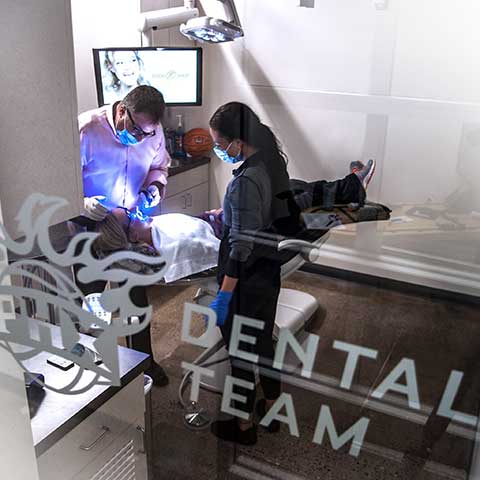 Yahoo News: An Interview With Dr. John Badolato, the Best in the Business 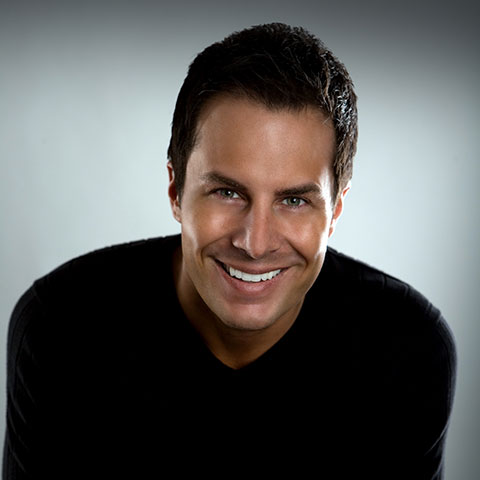 Dr. John Badolato Discusses the Power of a Perfect Smile 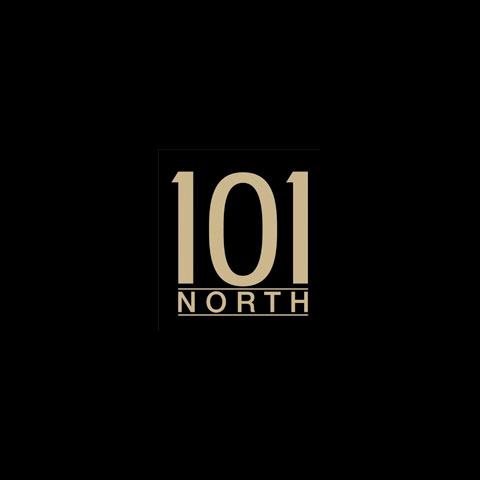 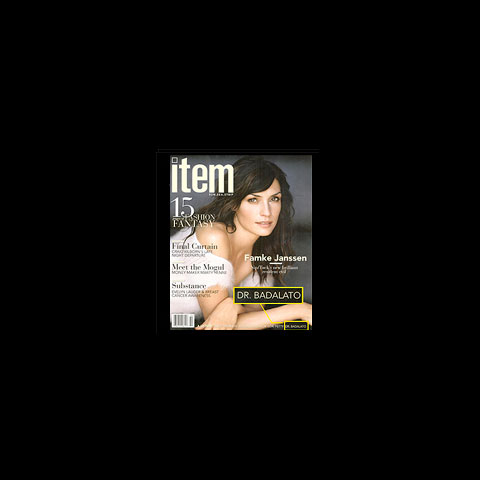 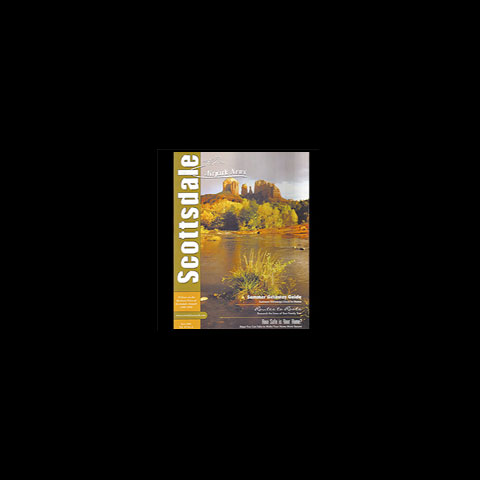 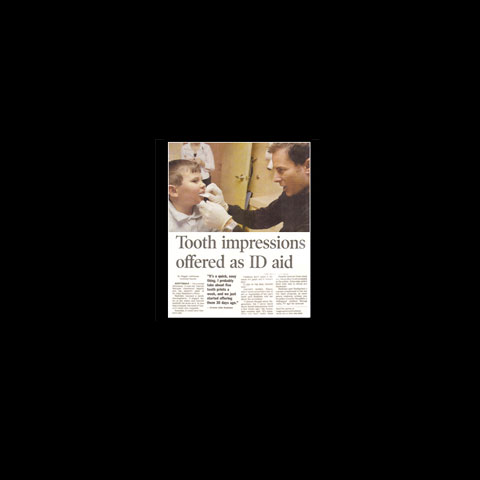 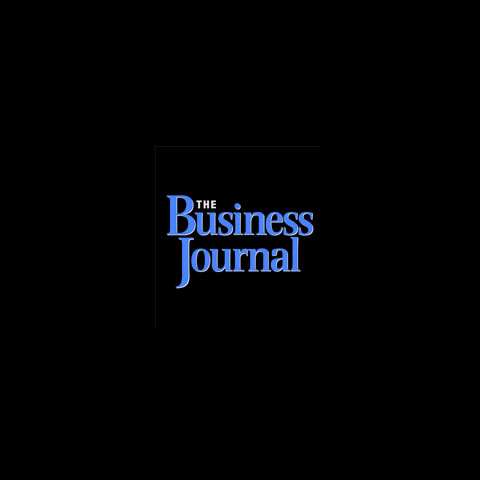 The Business Journal: Forty Under 40 Awards 2006 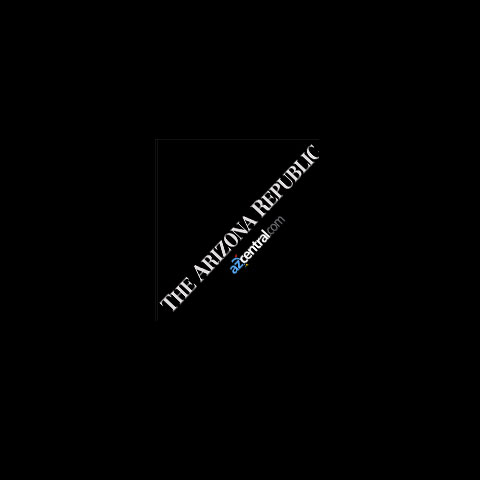 The Arizona Republic: Tooth Prints can help save children's lives 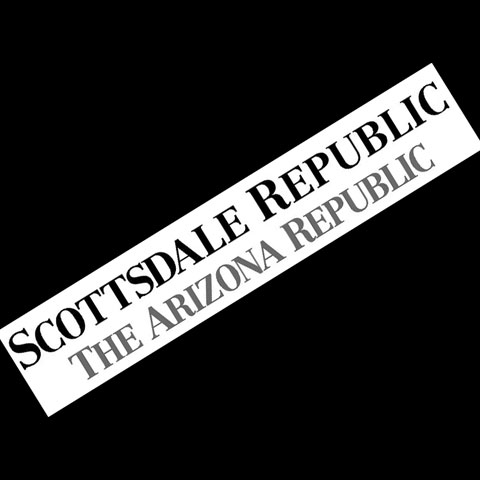 The Arizona Republic: Starting Up 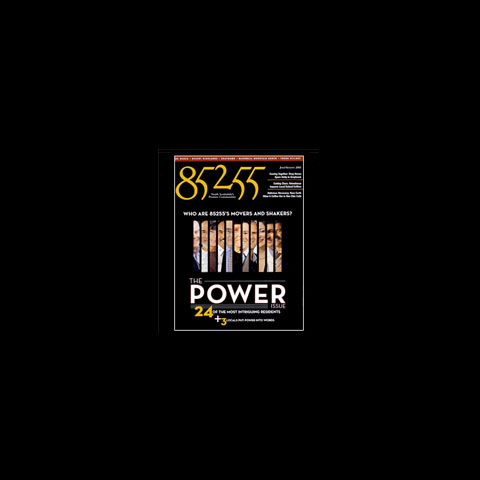